Email from my daughter

I got this the other day and thought I'd pass it along. I'm so proud of  all my kids, but this is pretty special. When one of your children do this, you know you've done something right.

With the likelihood of not being here in 70,000 years when the next confluence of Hanukkah and Thanksgiving occurs, my buddy and I had a suitable dinner. We both agreed that turkey was not inspiring either of us, and we both like duck, so with that in mind we prepared. Last week I got two ducks, frozen. After thawing for 4 days in the fridge I put them in a brine on Tuesday. Wednesday I delivered them to David for smoking, then yesterday they were baked and served. 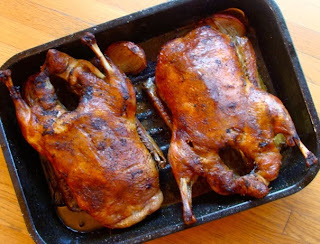 They turned out so good I thought I'd share the recipe.

The ducks sat in it for 24 hours, sitting on my cold back porch. (note: a buddy of mine did a similar thing last year near here, he put the container in his back yard overnight and made a black bear very happy)

I cut some alder branches for the smoking wood, David smoked them for 16 hours at around 120f.

When finished smoking, they went into a 475f oven for 20 minutes, then sat out to rest.

Accompanying the ducks at dinner were latkes, local potatoes shredded with the usual egg and flour, also as a nod to the Southwest, some of the hatch chilis I had a run in with earlier in the year, fried in a cast iron skillet. Green beans, steamed then sauteed with various herbs and duck fat, a sourdough Challah with poppy seed crust, cranberry with port wine, and it was washed down with a nice Malbec.

Full though we were, we were obligated to have a piece of my squash and ginger pie: 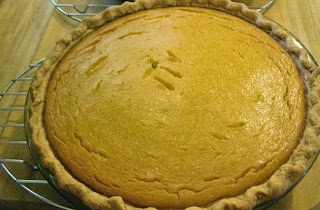 We talked about our kids and times past, the time we made them go camping on thanksgiving and cooked a turkey in a dutch oven, and the 40 years we've known each other. We missed the kids, but, as David reflected, "at least we didn't have to make them a separate pie".

Sunday trip to the river

I drove a half hour to the Big Hole river yesterday, hadn't been in a couple weeks. No thoughts of fishing, breaking ice out of my fly rod guides was unappealing. I just wanted to see if winter had started to settle in to the river. 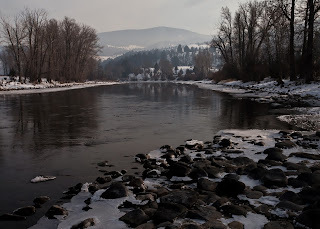 Ice is forming along the shore, in a couple weeks it probably will be across the river. The picture does not show it well, but there is drift ice floating in the open water.

On the way back along a frontage road a small herd of antelope were grazing the brown range grass. 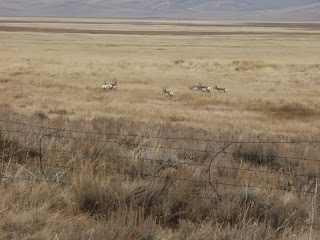 Not much snow yet, but it'll come, rest assured.

Tomorrow I start preparations for the combination Thanksgiving and Hanukkah, after all the next time the two coincide will be in 80,000 years, and I might not be around. My buddy the cook down the street and I are having it together, first time in a couple years, it used to be an annual event. This year we're doing duck, I'm going to start brining two of them tomorrow, on Wednesday I'll deliver them to him for smoking, then Thursday we'll probably try pressing one of them for a Chinese style, the other will be slow baked. 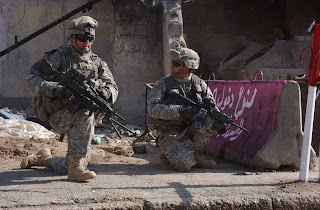 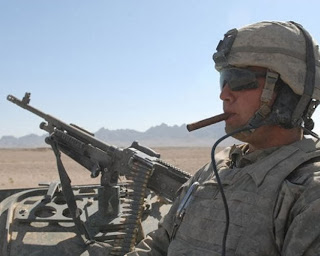 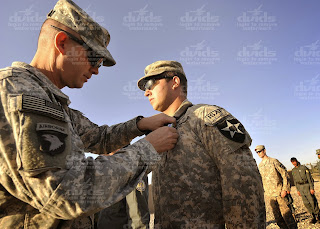 This particular veteran is in Iraq in the first photo, Afghanistan in the other two on another deployment. Between deployments he was stationed for awhile in Alaska. He sent me an email telling about a training mission where they loaded his company on a jet in full gear, flew for 12 hours, then jumped at 1,000 ft AGL. As  he was floating down under his parachute he saw jungle, rice paddies and farmers in black pajama's. He said his first thought was "Am I having one of dad's flashbacks??". They hadn't told them their destination, he jumped into Thailand on a training mission.

He's now at university, and his family love and appreciate him very much.