I often wake at 4am, visit the WC several feet away, idly look out through the front room window 35 feet away, and go back to bed. This morning I dimly saw the truck, and wondered about what seemed to be nearly a foot of snow on it. 'Cause you see, the previous afternoon I had broomed it off and driven it to the store. This was after shoveling several inches off the walk. So, there couldn't be more. I went back to bed.

Indeed, it had snowed again. We're now at around 110% of normal for snowpack, on the heels of a month ago, we were at 40%. So it's snowed. Every effing day, it seems, for the last couple weeks. I drove out to the river nearing dusk. 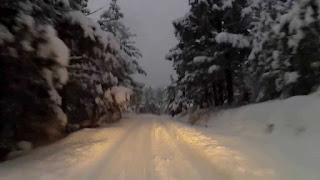 I stopped around 4 to take this picture, it was starting to snow again. The light closed in around me as I got back to town. The days are getting longer I tell myself.  The clouds are supposed to clear away, and the temp will drop. Below zero tonight.

In the not bleak midwinter

This morning over coffee at 7 I see it's minus 10, but by noon it was a plus 2. Time for a drive, see what the below zero temps have done to the rivers. Out to Divide, 18 miles away, and to the Big Hole. 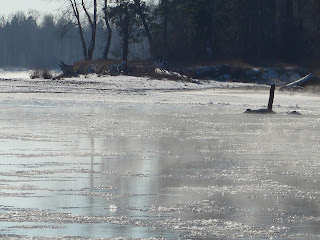 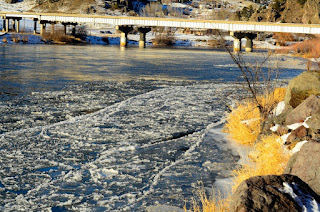 Stretches of a couple miles with no open water, then some faster water areas still open. Depends on how long the temps last below zero, then ice dams start forming, and the still-moving water underneath the ice below keeps freezing and pushing up. Then all hell breaks loose downriver when the dams break, and ice slabs two feet thick and forty feet across move over land.

It's a fine time of the year here in Montana, no tourists to be polite to, no traffic, one can drive for hours on state highways and not see another car. I have new neighbors on both sides,..Mrs. Dunlop's house had finally been occupied by a retired couple from SLC, they plied me with gin and tonic last night, and on the other side a naturopath practicing locally with two elementary age kids are going to move in. We won't hold the naturopath stuff against them.....

The neighborhood is shaping up, albeit buried under snow for the next 4 months. I'll see my lawn again in May. 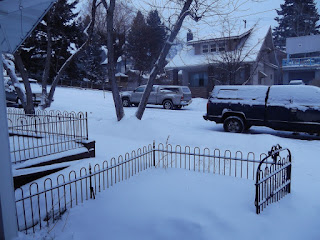 This Christmas may you have…

Walls for the wind

And a roof for the rain,

And drinks bedside the fire,

Laughter to cheer you,

And those you love near you,

And all that your heart may desire. 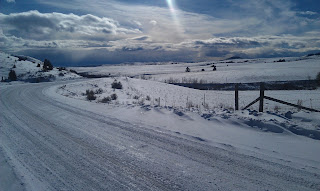 A lull before Christmas

It wasn't snowing for a change this morning, so after coffee I took a drive to the east on state highway 2, winding up into the Highland mountains. The roads were not bad after I got out of my neighborhood. 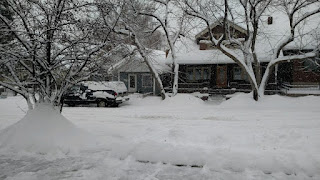 By the time I got back to town the skies had cleared, though it didn't last long 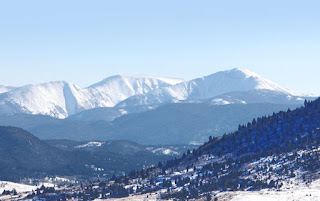 Within a hour or so the low clouds had come back, with flurries of snow.
It's been reminding me of some paintings by an artist I like, Russell Chatham. Here are two: 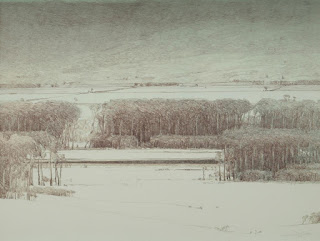 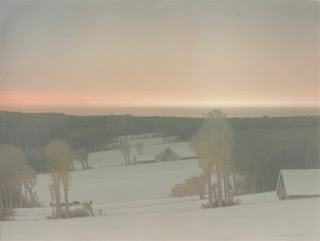 Chatham lived in Livingston, to the east of Bozeman. For years he owned the sole decent restaurant in Montana, flying in fresh seafood weekly from Florida and Seattle. My buddy and I took the 120 mile drive several times for an evening meal. 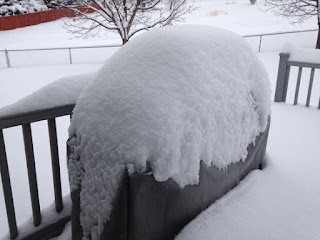 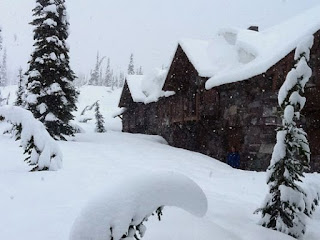 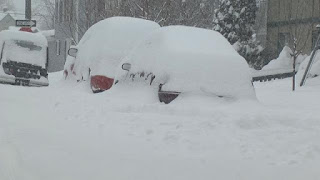 Snow finally stopped sometime during the night. Temp has dropped, it's 6 above currently. To think locals were wondering only a couple weeks ago if we'd have our usual white christmas..... 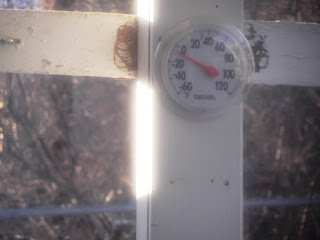 A little nippy this morning, not bad. The truck started without complaint and was warmed up in less than 10 minutes. The streets are snow covered, most are not plowed. Butte folk are used to this, we're just an early experiment to see how well we'll fare under the Trump Regime. 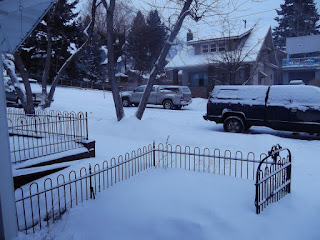 A cartoon that I thought appropriate: 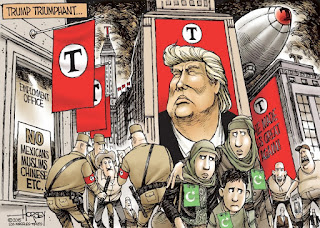 I usually think Horsey is right on the money, and this is right there. I watched him develop in Seattle, then move on to the national scene.

A very, very perverse part of my personality would like to see him actually elected. President Trump. Really. For Real. That part of my less than nice personality would sit back and say "here he is, america. Do enjoy."
Let's see how 1935-45 Germany plays out here. Muslims are the new Jews, whoever else he doesn't like are the new Poles, Roma, etc....
Maybe your town can make a bundle....advertise: "We'll build concentration camps for them illegal banned people. Arm tattoos of numbers no extra cost."

Ahem...back
A recipe someone recently asked about, for eggnog.

The recipe:Ingredients12 eggs1 cup sugar1 qt heavy cream1 qt whole milk1 fifth Old Crow1/2 pt dark rumnutmegMethodologySeparate the eggs, yolks in a large bowl, whites into a smaller one.Combine the sugar and yolks, beat until light yellow and sugar is in solution.Whip the cream until fairly stiff.Whip the egg whites until stiff.Add the milk to the yolk/sugar mixture.Add the alcohol to the yolk/sugar/milk mixFold in the whipped cream.Fold in the stiff egg whites.Sprinkle nutmeg on top.Take away car keys and missile launch codes, and serve.Note: This recipe can be halved and even made sans ETOH, if appropriate.

It was snowing lightly when I got up this morning, looked outside and almost called the police. My truck was gone from it's usual post. Then I remembered it was at Mick's, getting the 4WD fixed. The space quickly filled in with snow.

Picked up the truck, came back and waited in vain for the snow to stop. 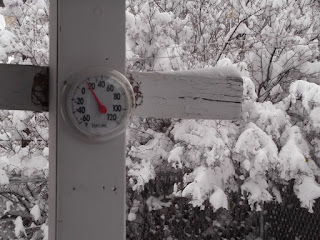 Slowly the temp dropped, the above was taken a few hours ago when it was still light, dark is around 5pm now. The snow finally stopped an hour ago. 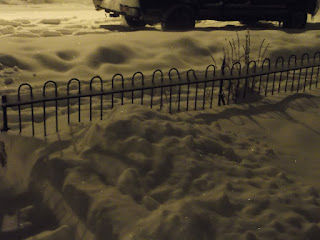 So the season of the year approaches. I haven't decorated, nor will I....with the kids over on the coast, and my local friends mostly Jewish or Pagan, I don't have the urge for a tree, much as I like the smell.

We have about a foot of snow the last day or so, and more expected Friday. Sounds like winter is here. 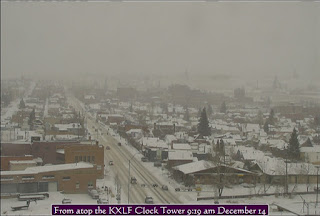 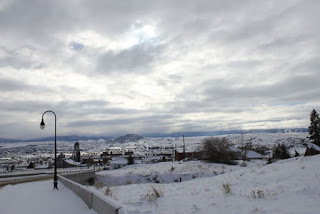 Just shoveled 8" off the walk, did a store run, now to settle down and binge watch something. Suggestions welcome. 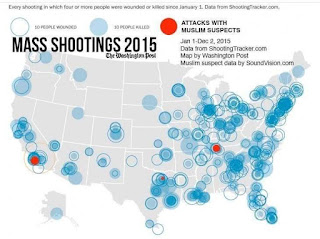 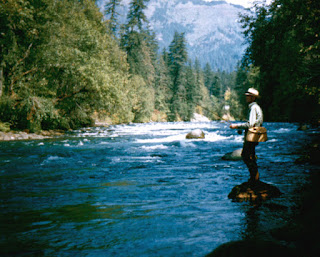 Comfort food on a snow day

I haven't done a thing today, other than tossing a chuck roast, potatoes, vegs and seasonings in a dutch oven on and under coals on the back porch. I've talked to one person, that was by phone. I've been watching the snow come down, heavy, then light, then the wind having a bit of fun. 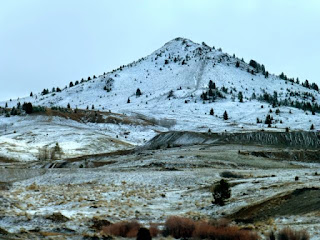 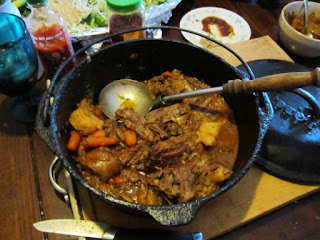 Why the surprise and dismay?

So he opened his mouth again. It's not coming as a surprise to anyone, or at least it shouldn't.

What does surprise me somewhat, is how some blogs are expressing surprise or concern, as though this was the first time he's said something that should make most people shudder.

Our GOP candidates (the other ones) after carefully avoiding saying anything negative about him for weeks and months are finally issuing rebukes.

So if you haven't turned on a tv, radio or a computer-like device in the last 48 hours, here's the deal:
He said he thinks the US should refuse entry into the country to any Muslim, including US citizens who are returning to the US.

Yeah, repugnant, and about as far away from what I understand to be American Values as one can go. However, it's not unlike him to say something like this, not at all. He's said all manner of insulting things about Asians, African Americanscs, women, you name them, he's probably insulted them.

Now suddenly this is one toke over the line??

Let me remind you what some blogs have said about him in the past:

"Will this be The Donald's true, lasting legacy...his willingness to say things out loud that would leave other weak-kneed politicians issuing serial apologies? Would that really be such a bad thing?"

Another refers to him as "refreshing"

Well, he's being willing to say things that should make most cringe, so I guess that's refreshing.

Why back away from him now?  He's being as un-PC as one can be, that's what you like, right?

A comment from the now well-known NY Times front page editorial post. The first one done since the '20's, I believe. It goes to the heart of what I think the debate is about, and the arguments postured by the nra and it's minions.

"I own about a half dozen guns. All long guns, shotguns mostly. All for hunting, which I have done for 40 years. The gun lobby's position is intellectually dishonest. There are 3 main arguments they make: (1) Constitutional. Setting aside the legal debate (I am a lawyer) this is a red herring. The gun lobby would not support amending the Constitution to allow more restrictive laws, so arguing about the intent of the second amendment is irrelevant. (2) Policy. The gun lobby holds that laws restricting gun access do not work because the criminals obtain them illegally. This is is undoubtedly true. However, even if it could be unequivically demonstrated that certain restrictive guns laws do work, the gun lobby would still not support the restriction. Clearly, then, this too is a red herring. (3) The cost of freedom. This is the real argument, the heart and soul of it all. That is, in a free society, there are certain costs to certain freedoms. It is essential and foundational to our national spirit and way of life to be as free from governmental intrusion and restriction as possible. Ok, fair enough. Let's have that debate. Let's look honestly and directly into that sun and say, yes, the children of Sandy Hook are the cost of this particular freedom as conceived by the gun lobby and its adherents. I'm not willing to pay that cost."

Says it all, doesn't it? If we are just going to let this one slide, as some blogs say is inevitable, then let's out and say it. Let's be up front to those who follow and will someday read our words and make their judgment. Let's say it to them, let's say it to the families of the children at Sandy Hook, and all the other schools, malls, wherever this happens. Let's say "Sorry, your kids are just the price we pay. Thanks for bearing that price, bad luck for you."
Posted by Should Fish More at 5:19 PM 10 comments: