A series of thunderstorms moved through in the last couple hours. It dropped from 62 to 48 at my house in a matter of 10 minutes when this one passed over. 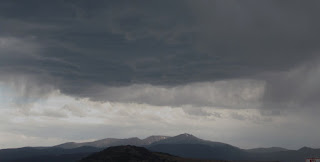 Hey you! Yeah, you! Out there. You kids. WTF haven't you heard/listened to this music before this?? It's near fucking 50 years old.....where have your sorry asses been and why haven't you corrected the mistakes that we, your parent's made? Anyway, here's my offering.

Wild Roses and a Rant of sorts

Behind the house, on the alley, I have a large, unruly wild rose but a beautiful yellow. 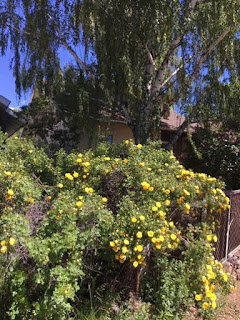 Got an email today from Daines, R/MT, regarding the importance of our protecting our 'constitutional rights of conscience'. He was of course referring to various business being able to refuse service to people they find 'objectional'.  My reply:
Staffer
When your boss wrote (or whoever writes this stuff) used the phrase 'Protecting our Constitutional rights of conscience', there are a few issues. One is there is no 'constitutional right of conscience', written or implied, unless one does a hell of a stretch. It's my 'constitutional right of conscience' to stand and yell Fire! in a crowded theater, implied by the first amendment, and struck down by the Supreme Court.
Second, what they really mean to say is there is a constitutional right to discriminate against anyone we want, claiming 'conscience'....it's a right to refuse service to blacks, because it goes against your 'conscience'.
What a bunch of weasels your boss's club is, and he's a member in good standing.
Remember, there are a whole bunch of Montanans who are not in even remote agreement with most of his views.
I addressed this to 'staffers', because I don't think he get's within a thousand yards of posts that don't praise him. Sort of like his boss, eh?
Sincerely,
Mike Mulligan
P.S. As always, this is going on my blog also. Let me know if you're interested in reading me occasionally trash your boss.

Today instead of going south, we went west up to Georgetown Lake, with the Pintlar Mtns around. 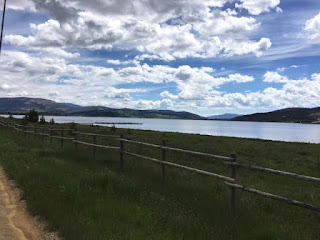 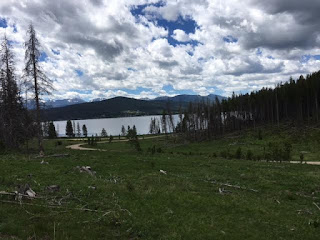 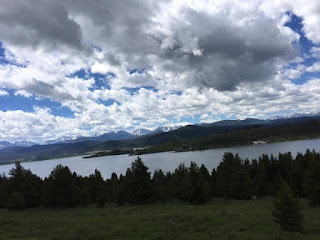 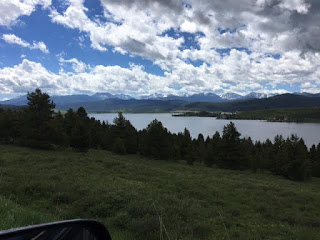 Then we decided that shrimp shishkabobs (sp?) were just the thing....shrimp, small tomatoes, asparagus and red bell peppers.  About to go fire up the grill. 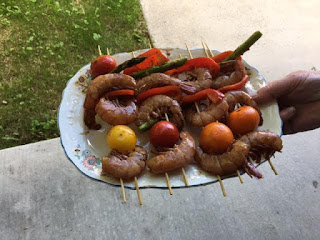 Cheers all, from a place that'll get down to 49 tonight from a high of 84.

My friend L. is in town, escaping the heat of SoCal. We went for a drive today, into the Highland mtns south of Butte. 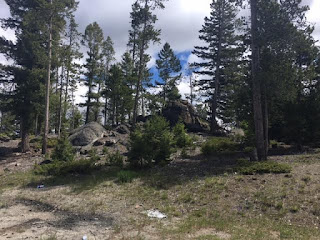 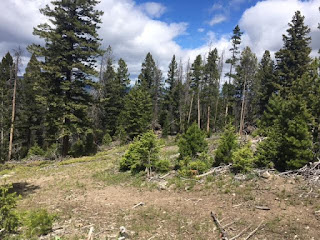 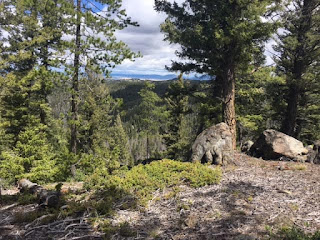 A dirt road, leading up to the 10K mountains and beyond.  The air was so redolent of pine, with the new growth putting out their sap and aroma.  Why I live here.

Been a week since I've posted, nothing really to blog about.  Been reading the facebook account I have r.e. oldest daughter.....it just seems like the choir talking to each other. Not that that is a criticism, mind, the choir do need to develop tactics, strategies, and missions. But there is a limit to what I can read without posting 'shut the fuck up and do something!', until i realize they are in fact, doing something. More perhaps than my less than honorable generation has done.

The street is so quiet, a car hasn't passed in over an hour. 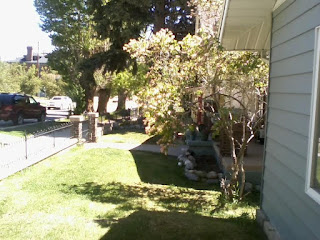 And the lilac in my backyard is in full. 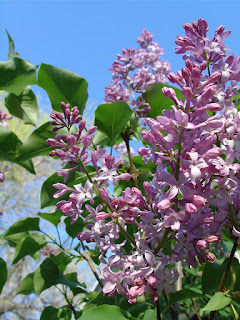 Cheers to you from the Rockies.