Yesterday my friend L.  and  I drove on a loop  through the Highlands, just south of  Butte. It's about 20 miles  of  single-track dirt road. 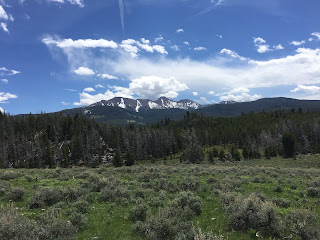 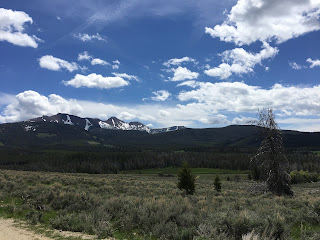 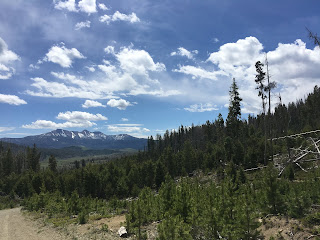 We did  it  late morning, a good  thing because a  couple  hours  later  some impressive T-storms rolled through and  heavy  rain. The  road would  have been  a  muddy  slog. 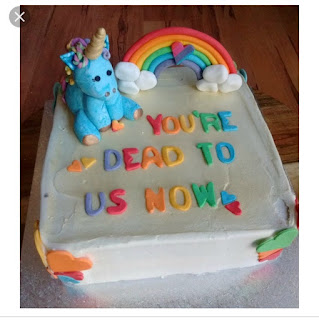 There's cheering and bumping of fists at the NRA this morning, their masters, the gun industry and they are going to reap the benefits of the murders of the students.  The NRA will wait a day or so, then notify their millions of members that they need donations to help fight the socialist democrats that want to take their guns away.  The gun industry knows that as soon as the weapon(s) used are identified sales of those guns will skyrocket, just as they have in the past. Congress will say 'it's too early to talk about gun control', then shift the blame to one of several things. The nra will pat them on the back and pad their campaign coffers.

This is trumps Amerika.  This is the nra's Amerika. This is who we've become. 59 million americans voted for the evil buffoon that occupies the oval office. We put him there. It's our doing.

For those of us not directly affected this will be old news in a couple days. The next one will come along in a week or so, but it's just how things are. We've said that this is acceptable, it's the price we pay for the 'privilege' of living in the burgeoning nazi-like country.

Cheers, all. Enjoy your morning coffee.
Posted by Should Fish More at 8:34 AM 7 comments:

My youngest, Emily, of whom I've written about many times here, is the reason for my extended absence here and extended time away from Montana. 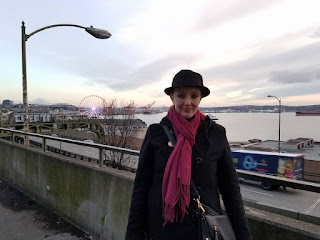 A couple months ago, she suddenly started having persistent vision disturbances, she describes it as a overlay of static-type as from an old tv, over everything she sees, and a few other vision issues. A ophthalmologist confirmed her eyes were normal. That leaves brain.  After a negative CT, she had an MRI which showed a meningnoma near the optic center, and the carotid artery. This is the most common type of brain tumor. It also showed a chiari malformation, which can also affect vision, among other things. Another possibility is a type of migraine vision issue, in her case without the headaches. It's also atypical in that it is 24/7 for the last couple months, but not unheard of.

She's currently going through a series of appointments, second opinions, etc. Next up is a neurosurgeon.

Pretty much that's all I know for now. She is taking it remarkably well, considering she had to drop out of university because she can't read, so she's on medical leave as a student.

More at some other point. I still read your posts once in a while. I'm staying with the oldest, alas on the opposite side of Seattle, so I have a long commute some days.