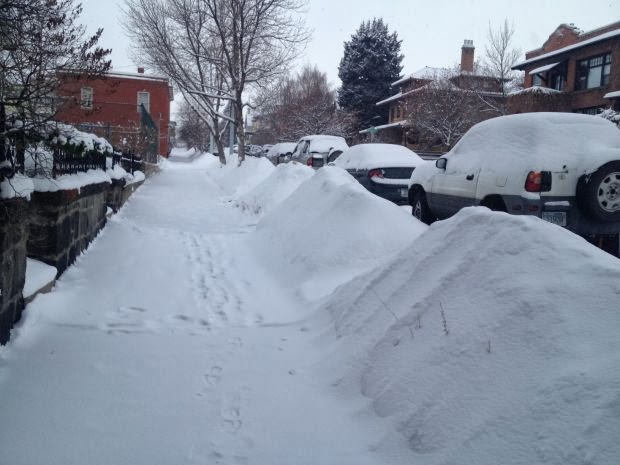 Over half the houses for two blocks have the same wrought-iron fence seen on the left. In the 1920's when many were built there was a iron foundry and fence company that everyone seemed to have used. Apparently sections of the fence and particularly the gates are used for decoration of some sort, because 12 or so years ago one morning people woke up to find their gates gone. Some turned up as far away as LA in antique shops.

The depressing part of the picture to me is that the next two months, March and April, are historically our snowiest months. It's been snowing now for the last 6 days, yesterday it only stopped for 2 hours before resuming.

On the upside, it's warmer than a couple weeks ago, a balmy 18f on the back porch. 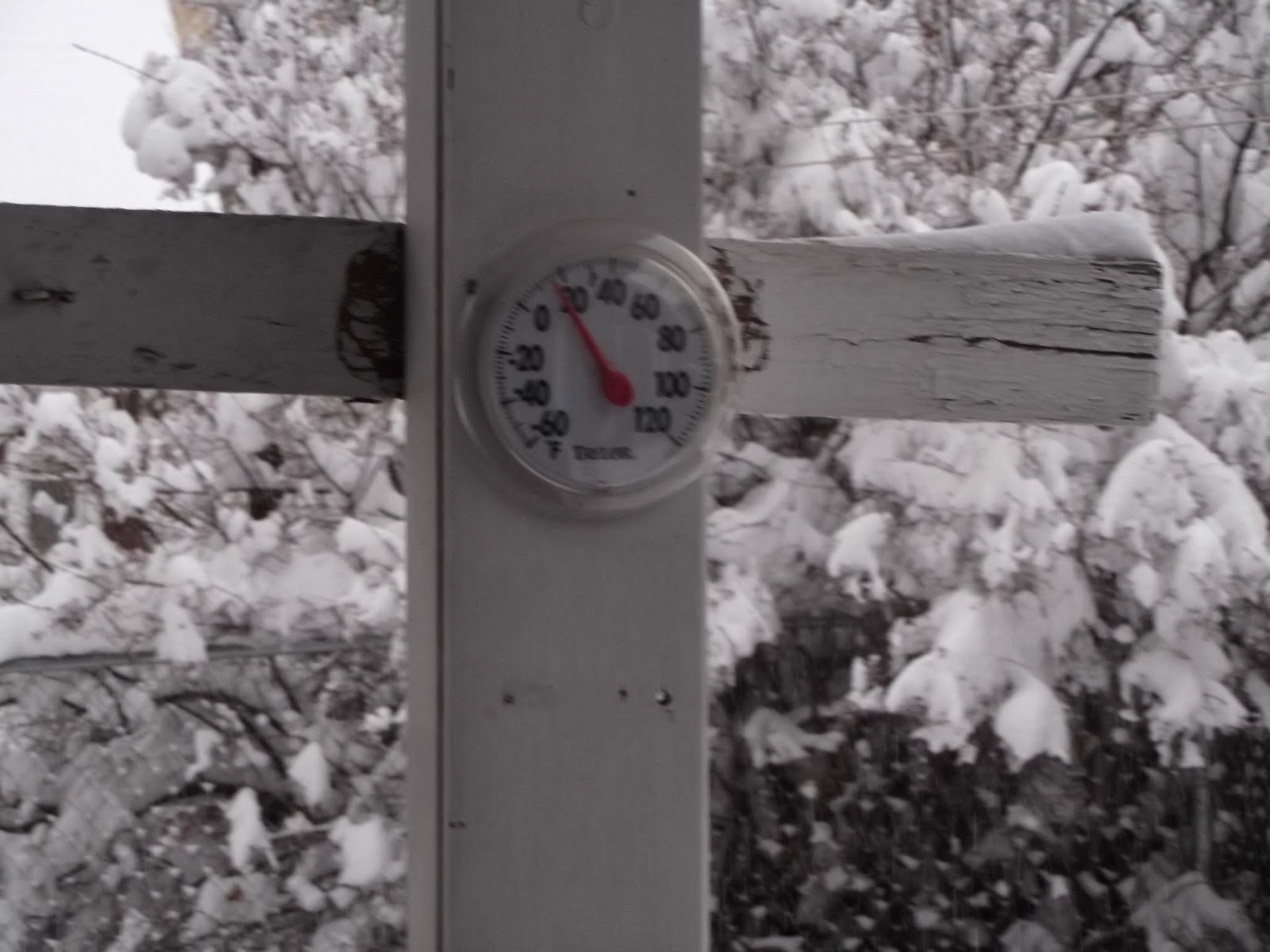 I think the year was 1986, we lived just north of Seattle in a waterfront town of Edmonds. I was at a large medical center in Seattle, my wife was just starting a position at UW.

Valentine's Day was an occasion I'd never thought of as a Serious Thing, The previous year I'd shrugged it off, with less-than-optimum results. So fine, this year I'd pay attention. Actually my department secretary had reminded me, but that's not important. I gave it some thought, and decided that Something Funny was in order.

On grand rounds I noticed a pallet of boxes, large boxes, bound for the basement where the service departments were located. They were 50 pound boxes of laundry detergent. The proverbial light bulb went off in my misdirected mind. After rounds I asked my secretary if she could find out where they came from, and if I could order one. I sort of remember her shaking her head and saying something about it being a bad idea. "Nah" I said, dismissing her worry "It'll be funny." 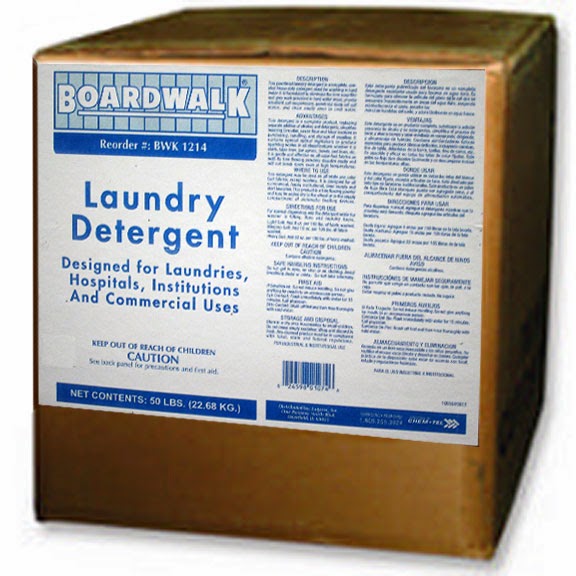 It came, I lugged it home and wrapped it with appropriate gift wrapping paper, put a big bow on it, and placed it on the dining room table, next to a dozen roses in a vase.

Now, in my defense, I also had in reserve a real present, a necklace. But I figured it would just be an afterthought, one she'd open while still laughing about the huge wrapped box.

I remember she got home, the oldest daughter, then 11, came out. The wife looked at the package with a big, wondering smile. "Wow! What is that??" She unwrapped it. I remember the disbelieving stares from her and the daughter. You know the kind, the one that says "what on god's earth were you thinking??"

The necklace was quickly presented, but didn't really mollify the situation.

Recently the youngest daughter gave me one of those refrigerator magnets that says "It Seemed Like a Good Idea at the Time".

What I want to see from my front porch: 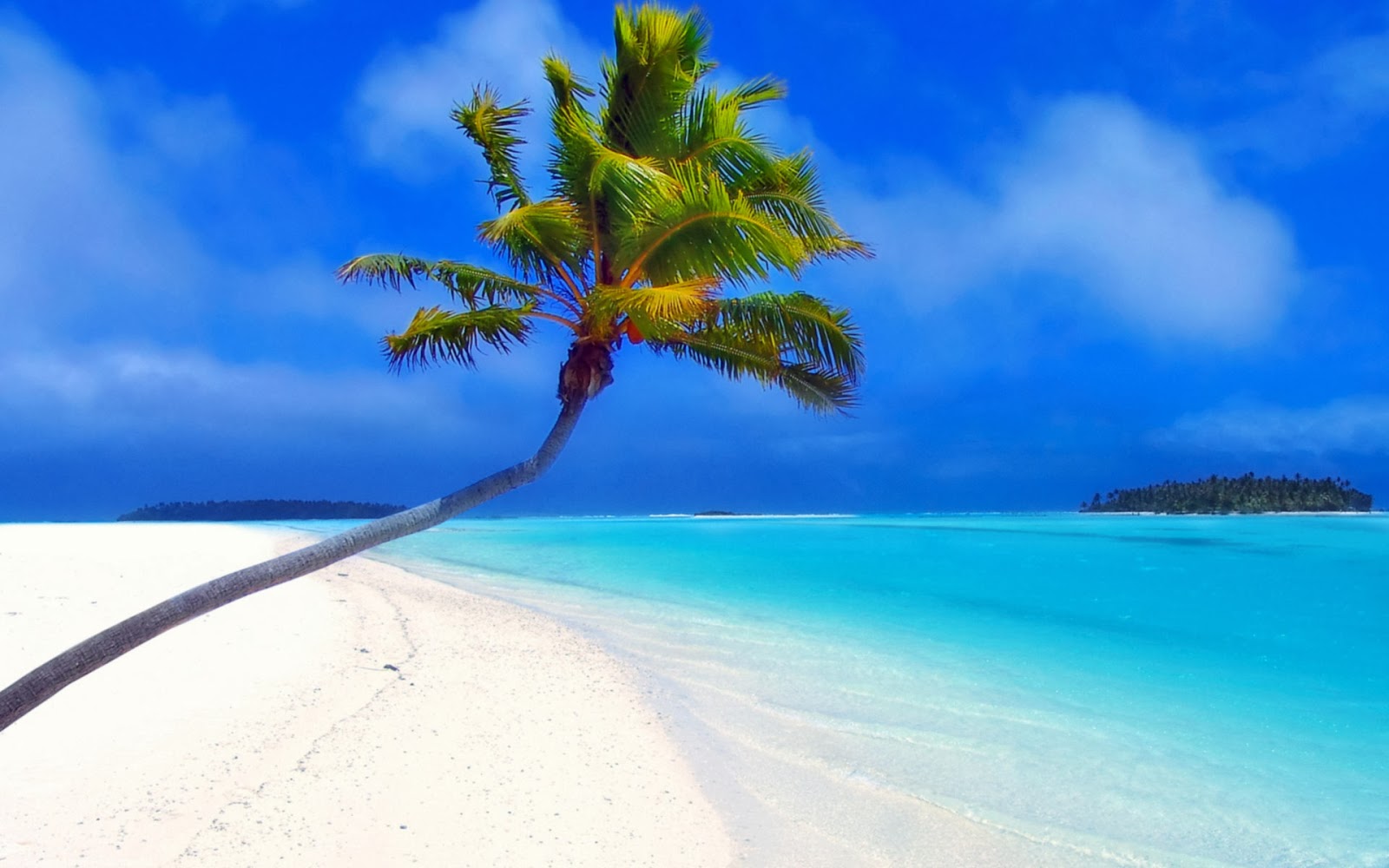 What I see from my front porch: 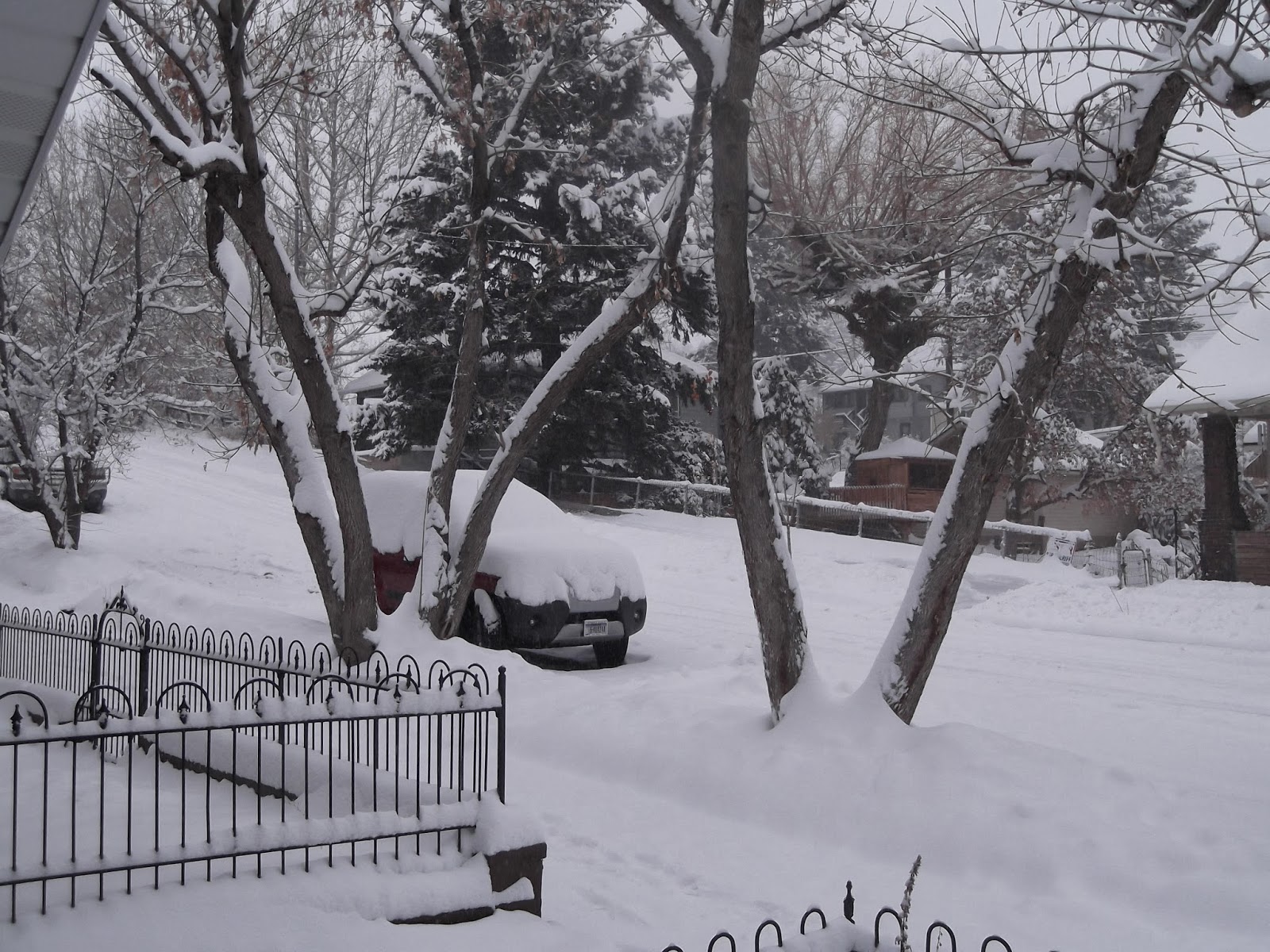 I looked at some posts on this blog and some emails sent from this computer, and can only conclude that somehow my laptop has been hacked. Some idiot wrote we haven't enough snow, and some vague worries about the summer water. Fool. 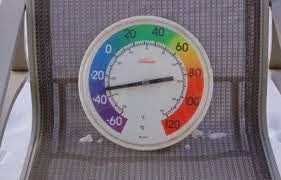