Now, two days after, I'm looking askance at the 3-4 pounds of turkey meat leftovers in the fridge. There were just the three of us: my youngest, Emily and her partner Jeremy. We got the smallest turkey available, it was around 16 pounds. Emily also did her usual pecan and pumpkin pies. The pies are mostly gone, 'natch, as well as the sides. The turkey meat still sits in the fridge, like a gym sock on a shower rod. 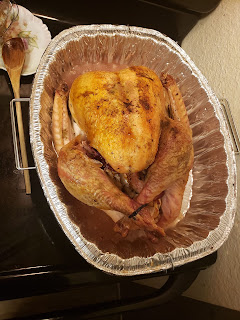 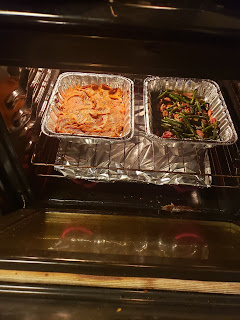 Like most who read this, I'm happy that there is now a light at the end of the tunnel. It seemed inevitable the last 2 days, but it seems certain now. trump will probably not conced, ever.
A couple sobering things.....trump got 70 million votes, around 5-6 million than in 2016. He increased his supporters by millions. The 'blue wave' was barely a ripple, democrats lost votes in the House, and the Senate is at very best a maybe. I think the vote margin for Biden, as big as it probably will turn out to be was more of a 'against trump' than a 'for Biden'.
What will happen in 2024 if the republicans run someone who will carry out the same policies as trump, anti-environment, pro big business, tax cuts for business and the rich, but is more palatable than trump? For instance, a Romney who carries out trump's legacy of de-legitimizing federal government, anti-women's rights, etc? trump minus the crazy. What then?
The democratic party needs to take a serious look at it's premises, at why a large percentage of the Hispanic vote they were sure of didn't happen, why there are so many divisions within the party. I fear that if Pence had been at the top of the ticket things wouldn't be so rosy for us now. Biden has a huge, superhuman task ahead.....the pandemic, a divided country that seems to want to be divided, infrastructure both for the country and a badly damaged federal government. Facing millions and millions who will hate him no matter what he does. I expect the if the Senate remains in the gop camp, the only thing he'll be able to do is executive orders, and the Senate will simply sit on their hands for 4 year.
On that cheery note, let's be happy that trump will be gone soon, and he doesn't try to burn down the country before he goes.
Posted by Should Fish More at 10:15 AM 12 comments: