Does anyone else think that 30 years isn't a long time to keep a ship in commission?  Planes, sure, cars, ok. But shouldn't ships last longer than that?

Anyway, the oldest is back east this weekend, attending the decommissioning of the USS Kauffman, named after her grandfather and great-grandfather, Adm J. Kauffman and Adm D. Kauffman, father and son 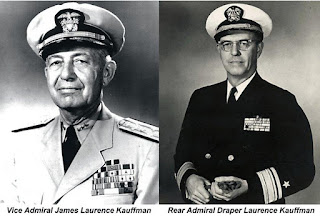 Draper Kauffman is also known as the father of the UDT program, and the SEAL Navy special forces. I was lucky enough to have had hours of listening to his stories, everything from being captured by the Germans in WW2 while serving as a French Army ambulance driver, being commissioned in the Royal Navy to disarm unexploded bombs in England, to founding the underwater warfare program for the US Navy. 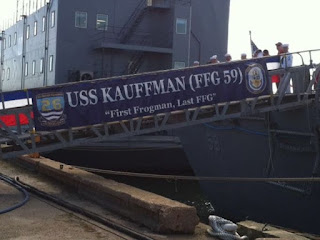 I'm back in Montana, we have snow on the surrounding mountains, fall is at hand.  I leave in a couple weeks for Europe, will post pictures of that as it occurs.